The embroidery is done most commonly on cotton fabric but also on silk and satin media. The thread used for embroidery is prepared from cotton, silk or wool. The threads used are of vibrant colours like red, green, purple, black, blue, saffron, yellow and white. The use of such vivid colours along with sparkling embellishments brings a sense of celebration on the parched and sparsely vegetated lands of the Rann.

The inspiration behind the embroideries revolves mostly around the daily lives of the village folk. Since the women engaged themselves with the extensive needlework, they picked up elements of everyday affairs in their creations. Peacocks, flowers, animals, men and women—all ignited the imaginations behind the works. So, beautiful motifs resembling these elements are widely found in these.

Another influence regarded is that of Muslim and Persian arts and architecture. The tradition of the embroidery had begun under the Mughal rule; hence its influences are palpable in the works. The use of the abhala can be traced to Islamic influences as Mughal architectures show a great deal of usage of mirrors. 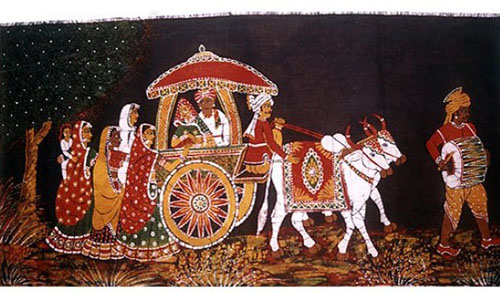 The word ‘batik’ is derived from the Indonesian word ambatik, which can be translated to ‘wax writing’. Batik is a 2000 year old art form predominantly practised in Indonesia, Malaysia, Japan and India. Batik is an Read more… 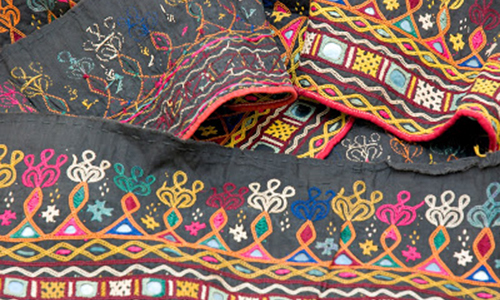 Why is Indian Applique so Exquisite?

‘Applique’ is a French term which translates to ‘to apply’. This term applies to the age-old technique where small embellishments are superimposed onto the surface of a larger object, mostly associated with ceramics and textiles Read more… 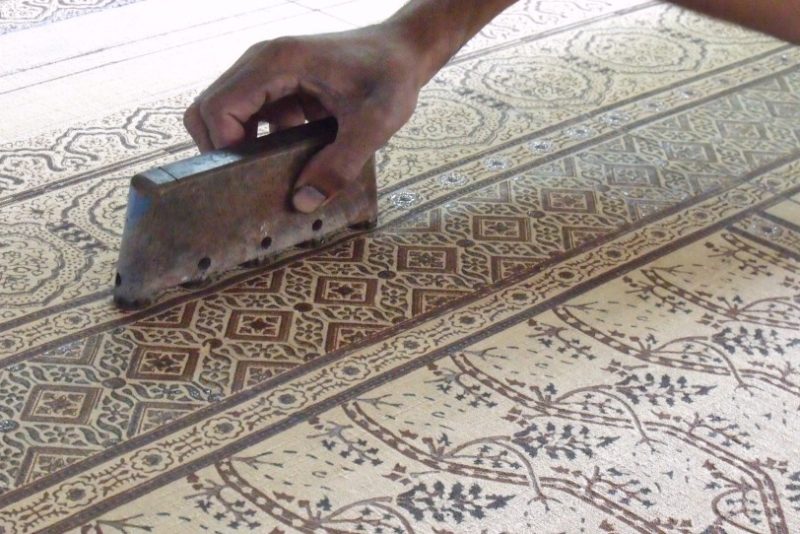 Against the dull canvas of the Kachchh desert the rich and bold colours of the textiles are strikingly displayed. The millennia old tradition of weaving and dyeing textiles originated in this Indus Valley region in Read more…